Why Choose A Local Guide?

Welcome! Eric Zwierzchowski (aka Capt'n Z) was born and raised in the heart of Detroit. He began fishing the ponds and small lakes of Belle Isle as a child. He gradually worked his way toward offshore fishing in the Detroit River. He learned the complex characteristics of the mighty Detroit River from local fisherman. He had many mentors including Detroit Firefighters, UAW workers, friends and family. The local "River Rats" taught him the craft of Hand Lining. Being a first mate he had to learn to wire line, left handed. Soon he became intrigued by jigging. The mad rush of spring time Jiggers, had a level of excitement that drew him in.

In the early 2000's he ventured out on his own and began to hone his unique style and ability to locate hot spots. During this evolution of skills jig fishing and Hand lining is when he was dubbed the nickname Captain Z. He began donating his time and skills to various charities and business outings. He was often asked, "Captain Z, when are you going to take this charter service public?"

The Seed was planted. 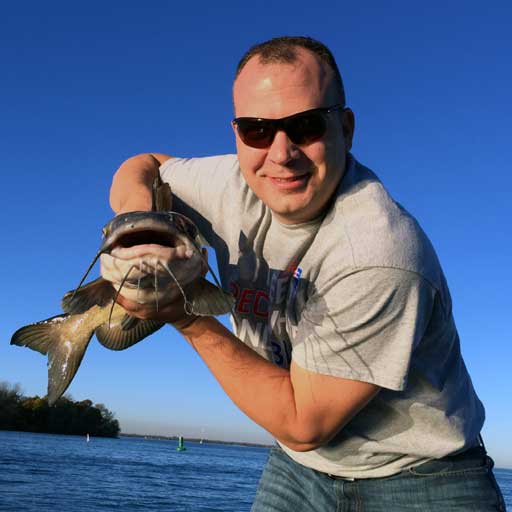 Fast forward to today. Captain Z currently holds 4 State of Michigan MASTER ANGLER AWARDS in 4 different species. Guiding primarily on the Detroit River from April 1 to December 1, his story has come full circle. From Walleye, Pike and Perch to Bluegills and Silver Bass, the Detroit River is his most rewarding body of water to fish. While other fishermen leave the river to fish Saginaw Bay or Lake Erie, Captain Z chooses to charter the less crowded and fruitful Detroit River.

At Captain Z Charters, we believe in giving back to our community. Charities we strongly believe in are "Rising Stars Academy and Dutton Farms". These two excellent organizations provide additional education for special needs students. Captain Z encourages you to look into these rewarding organizations. They have profoundly enriched his life and he would like to share that wealth. Book a trip today. Enjoy a great day on the water. Experience some local history from a hometown guide who spends most of his time on the Detroit River.

Captain Z is looking forward to you coming aboard and sharing your story.